Trump’s plan proposes to reduce tax rates for businesses overall by decreasing the corporate tax rate from 35% to 20%. It is important to note, however, that the lowered tax rate would be specifically for those businesses that are taxed separately. While businesses are separate legal entities, they are often not taxed that way.

Small businesses are much more likely to be sole proprietorships, S-Corporations, and partnerships, which receive “pass-through” taxation. These entities use the tax rate of their owners, which means that a change in the corporate tax rates will not have any effect on their business. In fact, these “pass-through” entities make up roughly 95% of all American businesses. As of 2011, only 45.8% of all business income is generated by traditional C-corporations.

Nonetheless, most small business owners only pay 15% in taxes as the law stands today. That means that only those who pay individual tax rates of over 25% today will benefit from the tax reduction for pass-through entities to 25% as proposed. In fact, two-thirds of households with pass-through income are in the 15% tax bracket. For those families, the new tax change will have virtually no effect on their bottom line.

Because so many small businesses use their individual tax rates as their business tax rates thanks to pass-through taxation, changes to the individual tax brackets will also affect their business as well. For tax year 2017, there are seven tax brackets. Each bracket (except the lowest bracket) has a standard amount of tax you must pay plus an additional percentage of every dollar over a specified amount. In President Trump’s new plan, the number of tax brackets would be reduced to just three or four.

The bottom bracket would increase from 10% to 12%. Those who currently fall in the 15% bracket are expected to end up in this lower bracket. While some would see a tax increase, the net result would likely be a slight decrease in taxes because so many Americans fall in the 15% rate as it stands today.

There would also be a middle tax bracket of 25% and a top rate of 35%. The specific dollar amounts for each of these brackets have not yet been specified. They are also considering a higher rate for some of the wealthiest Americans as a potential fourth bracket as well.

The new plan proposes to either reduce or eliminate the federal estate tax altogether. As those Americans who own businesses are more likely to be faced with having to pay estate taxes after they pass, this may be a helpful change for some business owners.

However, relatively few family businesses or family farming operations will have to be concerned about estate taxes because of the high income exemption amount as it stands today. In fact, The Tax Policy Center estimates that only 11,310 individuals who have or will pass in 2017 will be required to file an estate tax return. Of those, just 5,460 will end up owing any estate tax. Only 80 closely held businesses or farms will pay any estate taxes.

The extremely low number of estate tax payers is due to the fact that the first $5.49 million of your estate is exempt from federal estate tax.

It is vital that small business owners stay informed and aware about potential tax changes that may be on the horizon. These changes can significantly impact your business. For example, the new plan also proposes some changes to often-used deductions, such as the standard deduction, that may also affect pass-through entities. Talk to your tax professional to determine how these proposed changes may affect you. 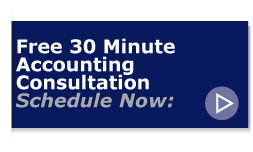